In Young Hollywood, Episode 14, Damn, Cat Videos, Adrian discovers he has a tail. He takes care of the problem and without missing a beat, begins to restore his bond with his nephew, Zax.

In Young Hollywood, Episode 12, Jagger Bennett, you got introduced to Jagger, Adrian’s nemesis who would do anything to get rid of Adrian and protect his own secrets. 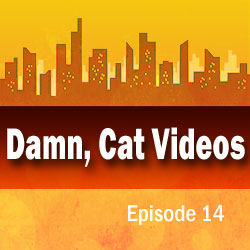 Jagger Bennett adjusted Reece Kincaid’s medical file to show that she died from in-operable head trauma. If the truth got out that his mistake took her life, he could lose everything he’d worked so hard for. The cover-up was tight, only one other person on his team knew the truth and she wasn’t going to sell him out. His biggest problem now was Adrian Banovic. Adrian could take away all that Jagger had worked for and he wasn’t going to stand by and watch that happen. He needed to get rid of Adrian once and for all.

Fatigue set in and his eyes got heavy. A small yawn escaped his lips and his head nodded surprising him—he quickly pulled it back. He forced himself to stay awake but the lure of sleep consumed his body. Jagger dragged himself to his couch and within seconds he was sound asleep. END_OF_DOCUMENT_TOKEN_TO_BE_REPLACED

Young Hollywood Episode 13, Walls and a Roof explores Zax and Leighann’s friendship. These two sweet beings have been through hell and back together, yet the timing for any romantic connection between them is always off. Their deep connection with each other has fans rooting for them.

Leighann and Zax are the most innocent characters in the series and are usually collateral damage in the other characters’ drama. 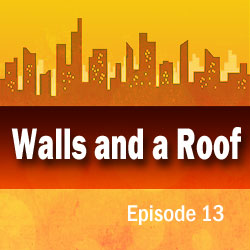 As soon as Zax got home he headed for the shower. Since Adriana had been in the hospital he’d come home to an empty house. A house that was once filled with love, energy, and laughter. Now the silence was deafening. The warm sanctuary that he once called home was now walls and a roof.

Leighann arrived at Banovic Manor, with take-out from Mr. Chow, Zax’s favorite Chinese food restaurant. She knew that he hated eating alone and rather than worrying about him or trying to get him to have dinner with her family, she decided to surprise him. Instead of using her code to let herself in, she rang the doorbell and waited. Zax answered the door wearing a pair of sweats, his shirtless torso glistened from the water droplets that dotted his chest, his hair wet and slick, and remnants of Irish Spring lingered in the air between them. Leighann immediately told herself that coming here was a bad idea. END_OF_DOCUMENT_TOKEN_TO_BE_REPLACED

Young Hollywood, Episode 12 introduces you to Adrian Banovic’s nemesis, Jagger Bennett. Jagger is threatened by Adrian’s return and is determined to find out his secret. Meanwhile, Jagger has secrets of his own that he needs to protect to save is reputation.

In Young Hollywood, Episode 11 – The Cover Up, Adrian, Jayne and Robin, put together a plan to keep Adriana’s secret safe. Meanwhile, Robin struggles with the legality of it all. 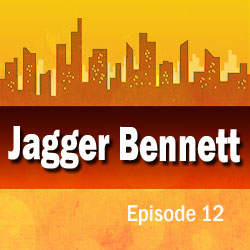 Jagger Bennett, hated that entitled prick, Adrian Banovic. How dare he appear out of nowhere and take over his hospital? The same hospital Adrian walked away from years ago—which turned out to be a blessing in disguise for Jagger. Adrian had been the youngest chief of surgeon at Mt. Hope Memorial, when he disappeared, Jagger inherited that title and all the perks it allowed.

The night Adrian busted through the emergency entrance covered in blood with his niece on the gurney, he turned Jagger’s perfectly run hospital upside down. Jagger looked on from the operating theater and saw a master at work; Adrian didn’t miss a beat as he performed the operation that relieved the pressure on his injured nieces’ brain; had he worked on the other girl, she would have surely survived. Instead, Jagger tried to save her, but a misstep in his operating room had cost the girl her life. The shock of seeing his nemesis—who he hoped had died a painful death in a ditch somewhere, shook him to the core. He hadn’t lost a patient in years; he was the best surgeon at the hospital and no one questioned his reputation. Now Adrian was back to take his throne. Why was he back? How long was he planning on staying? END_OF_DOCUMENT_TOKEN_TO_BE_REPLACED

I thought I’d pull back the curtains of my Family Portrait series and share with you some of my inspiration behind the series. The series was built off of the characters, then I added the plot. California was a no brainer for the location, because the series features young Hollywood celebrities, ex-celebrities and celebrity wannabes. If you have not read the series, it starts with them, then branch out to their family members… that’s where the real drama starts.

The characters all have very different personalities which range from the way they dress to the way they speak.

Adriana through the years

Adriana is the chief mischief maker that anchors most of the storylines. She is wild, dynamic, strong and devious. She is the type of character that you do not want to piss off. Did I mention that she’s only 15?

The first actress that I looked at to play her was 90210’s Jessica Stroup. I liked Jessica because she had an innocence about her, and soft facial features. I also liked the style her character (Erin Silver) had in the show, kind of hippie, gypsy, bohemian. It stood out among the brand obsessed youths of Beverly Hills, just like the students of Westwood Academy in the books.

My next choice was the fantastic Kaya Scodelario. Kaya came on my radar while I was browsing through the online celebrity site Just Jared Jr. By following her, I was introduced to and got hooked on the British teen drama Skins (she was in the first four seasons). By the time I’d found Kaya, Adriana’s character had developed a little more. I wanted someone with more edge to play her. Kaya fit the bill perfectly, she has an edgy, yet classic look that could transfer from grunge to a ball gown in an instant. Plus Kaya is half Brazilian and so is Adriana!

Kevin was fun to cast. Who wouldn’t want to go through the Hollywood catalog of hot guys with black hair and blue eyes?

Ian Somerhalder who I call smolderholder, was my first choice and inspiration for Kevin Adam Banovic. The way Ian dresses with soft shirts and cuffed jeans OMG! Ian rocks it hard. He is not afraid to take style risks by throwing on a hat.

Kevin is a total badass, with his drug dealing, money laundering side business. Kevin also has a soft side when it comes to this family and women.

Zax Banovic through the years and beyond

Zax was and still is the hardest to cast. I say still is because I am still not 100% sold on this actor as Zax Jameson Banovic. Zax is the only blond second generation Banovic sibling. I originally modeled him after my crush object Zac Efron. While Efron is perfect in every way in my world, I needed him to have blond roots, I don’t know why, but I picture Zax to have really light hair and stunning blue eyes.

It is really hard to find that look in a guy between the age of 18 – 21 in Hollywood. If you have any suggestions I’m open. Chris Hemsworth is too old for the role (in case you were thinking).

My absolute first choice for this super couple was Susan Walters and Linden Ashby. How perfect it would be if Family Portrait was made into a series and we got these two? First I would freak out because Linden to me is Johnny Cage from Mortal Combat, (I’m a nerd, I know). Linden and Susan are husband and wife in real life, an added benefit for them.

So there you have it the Banovics, in later posts I’ll share with you my inspiration for the DaCosta clan. Let me know if you enjoyed this article by sharing or leaving a comment.

Keep this website free by clicking below.
Free Tips Booklet from A Collection of Experts
Click here to visit Serenity Virtual Assistant Services.

Here’s how you can use LinkedIn to sell more books: Click here to view more details