In Young Hollywood, Episode 9 – The Reveal, Robin finds out what really happened the night of his daughter’s accident. Haze and Adrian (aka Uncle Scary) have a not so pleasant run-in.

In Young Hollywood, Episode 3 – Doctor Uncle, Adrian and Kevin hides the truth about Adriana’s accident from everyone. Also, in Episode 5 – The Artist,, Haze tries to move on after Adriana’s accident, but Adrian’s behavior arouses Haze’s suspicion and causes concern. 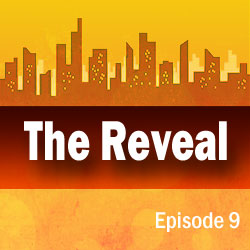 As Adrian drove through the massive wrought iron gates of Banovic Manor, nostalgia crowded his thoughts. He hadn’t been back to the home where he grew up since college. Despite the evident restoration project, the house and land surrounding it was still beautiful and impressive. When his father bought the property back in the ‘70s, it wasn’t worth much, but over the years as the Hollywood elite started settling in, the property value escalated. Viktor Banovic left the family winery to his children, Robin, Adrian and Roxanne, but he left the house solely to Robin and his family.

A smile curled Adrian’s lips when he saw that his mother’s rose garden was blooming again. After her death, the whole property felt like life had left it. As Adrian got out of the car the crisp smell of the nearby spruce trees tickled his nose. To him it smelled like home. Walking through his mother’s rose garden, he remembered the name of every rose bush as clearly as the day she taught them to him. He caressed the soft velvety petal of Miss Flippins between two fingers. For a moment, he felt like he was holding the hand of his mother, tears threatened to fall and Adrian quickly walked out of the garden.

At the front of the house was an impressive empty fountain that had seen better days, but as he got closer he noticed the beautiful unfinished mural on the floor inside the fountain. Adrian was drawn to the beautiful vibrant colors, the softness of the brush strokes and the delicate details that was sure to be a stunning masterpiece when completed. He figured it must be costing his brother a pretty penny to commission such beauty.

“Adrian?” Robin’s voice came from behind.

“I was about to come in and got side-tracked.”

“It’s beautiful, isn’t it?” Robin stood next to his brother and admired the artwork.

“His name is Haze, a young man I hired to help out with the restoration, turns out he’s a brilliant artist.”

“Of course, he is.” Adrian said sarcastically and rolled his eyes.

“He’s going to put an acrylic finish over it to protect it. He’s never done it before, but he seems to know what he’s doing.”

“You trust this kid?”

“Yeah. He’s a good worker. I don’t know how long we’ll have him though, he just got a big deal modeling contract, so he might not be around.”

“Let’s go inside, I want to talk to you about something.”

Once inside, Adrian was relieved to see that Robin and his family had made the house their own—it didn’t look like the house he grew up in. Robin led him into the den.

“What’s this?” Adrian took it and sat on the couch. It was Adriana’s medical report from the accident. “Where did you get these?”

“I’m her father and I have a right to her records. I went above you.”

“Nobody is above me … but okay.” Adrian retorted confidently.

“I need to you sign off on them.” Robin stated.

“This is for the lawsuit?” He flipped through the loose-leaf papers.

Adrian got up and fed the contents of the file to the nearby shredder.

Robin rushed to stop him. “What the hell is wrong with you?”

“If you go through with this stupid lawsuit, you will unleash a tsunami of shit on this family.” Adrian fed the shredder until the file was empty.

“Sit down, big brother, there’s something you should know.” Adrian told him the truth about the night of the accident. “Look, I am sorry that you had to find out this way. The only way to protect her is to do it my way. You can’t tell anyone. Not even Jayne.”

“My little girl took a life.” A veil of numbness shadowed Robin’s face. “She killed her friend.”

“She doesn’t remember.” Adrian reminded him.

“But when she does?”

“We’ll deal with it then. We need to get her well enough so she can leave the hospital. At least in this house we can contain it, if she gets her memory back.”

“The ordeal was so traumatic that her mind might be protecting her from what happened.”

“Oh God.” Robin sobbed, “Those poor people, they lost their little girl because mine was drunk and high. Adriana doesn’t have a license. She doesn’t know how to drive.”

“Are you sure? The medical records didn’t say that.”

“I fixed it, along with the accident report. As long as no one investigates…”

“This could haunt her for the rest of her life.”

“You have to keep this secret.” Adrian said quickly, “pull it together.”

Robin wiped his face and turned his back to the room to look out the window—just as Roxanne walked in.

She paused when she saw Adrian.

“Baby sister!” Adrian greeted and she responded with a sharp punch to his face causing him to stumble back and fall on the couch. “I see your right hook has improved.”

“You didn’t even show up for your father’s funeral!” Roxanne scolded.

“I show up when it counts.” Adrian rubbed his cheek and calmly walked to the door. “I’ll talk to you later, Robin.”

“I’m not done with you, Adrian!” Roxanne shouted at him.

“I’d be disappointed if you were, dear sister.” Adrian slipped through the door in time to feel a cushion fly at his head.

“Jackass!” Roxanne yelled after him.

Adrian wondered if he could trust his brother to keep Adriana’s secret from the rest of the family. Robin was always a straight shooter and he could always be counted on to do the right thing, which Adrian admired, but sometimes the ‘right thing’ wasn’t always best.

Haze pulled his SUV next to Adrian’s car and got out to face him.

“The first time we met in Adriana’s room, you basically asked if I tried to force myself on her. You should know I would never do that.” Haze confronted him.

“It was a simple case of mistaken identity.” Adrian clicked the remote to unlock his car.

Haze positioned himself in front of the door. “Did someone try to…” Haze couldn’t bring himself to say it. “Hurt her? Is that why there is a guard outside her door?”

“You ask too many questions.”

Adrian could see the determination in Haze’s eyes, “why do you care so much? You’re just the yard boy.”

“She was my friend.”

Adrian studied him, “What kind of friend? You know she’s a minor, and if there is anything inappropriate between the both of you, I’d have to report to the authorities.”

“We were just friends, I work here, that’s all.”

“I could say that she had a crush on you and you took advantage of it.”

“Then get out of my way before I start spreading rumors. Normally people wouldn’t care about a mere yard boy, but you are the new face of Lowden Enterprises, doubt your new bosses would appreciate a pedophile as their spokesperson.”

“You’d tarnish your niece’s reputation just to hurt me?”

Adrian shrugged. “All it takes is a whisper, you know Hollywood love a good scandal.”

“You won’t put her through that.”

“She’ll be the innocent, naïve girl and you’ll come off as a child molester.” Adrian pointed out smugly.

Haze stepped aside and watched as Adrian drove off.

Look out for Episode 10, Bromance on October 26.