In Young Hollywood, Episode 6 – Crotch Rocket, Kristin is jealous of Leighann and Zax. She tries to play on Joel’s insecurity to get him on her side. Meanwhile, Frankie gets a flashy new toy. Be aware folks, the shine you see on the surface could be a distraction for what’s hiding in plain sight.

In Episode 1 – The Tennis Champ, we saw cracks in Kristin and Zax’s seemingly perfect relationship. She and Frankie fell back into old habits as she continues to live a life of lies. 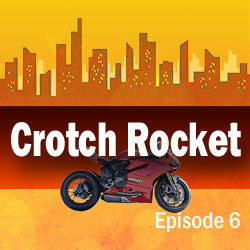 Joel stood a safe distance away and observed Zax Banovic and Leighann DaCosta as they chatted and shared a laugh. It was like the world around them didn’t exist. Pangs of jealousy threatened to creep into his heart as he watched the girl he loved so wrapped up in his best friend.

Joel knew that they were in the middle of a tutoring session, but he wondered if she still had feelings for Zax. He loved her with all his heart and never dreamed that a girl like her would pay attention to a boy like him. Zax was smart and handsome and could breathe in any direction and get any girl he wanted. Leighann was beautiful but didn’t know it, and that made him love her even more. She had the right pedigree, and even though she was a sophomore at Westwood Academy and he was a senior, he concluded that she belonged there more than he did.

“They seem cozy.” Kristin Newman appeared beside him, startling him.

“They’re just studying.” He defended, in response to the suspicious tone of her voice.

“They’ve been spending a lot of extra-curricular time together lately.”

“So? She lost her best friend, and he lost his sister. That’s a bond I’m fine with. You have a problem with that, I suggest you speak to your boyfriend.”

“His brother is dating her sister, I’m sure they’re one big happy family.” Kristin’s voice oozed of envious sarcasm. “BTW, I’m not worried about my boyfriend; you should be worried about your girlfriend. First crushes die hard, a few months ago, she was tripping all over herself to get his attention, and now look.”

“Are you over your first crush, Kristin?” Joel walked away without waiting for an answer.

In the distance, a menacing rumble caused car alarms to go off and the ground to vibrate. Everyone in the vicinity looked toward the sound; a brand-new devil-red Ducati Multistrada 1200S, pulled into a parking space. The driver gave the engine an extra rev as on-lookers whispered among their peers. Curiosity heightened, and one could feel the excitement in the air as teenage girls held their breaths and waited for the identity of Westwood Academy’s latest male-meat to be revealed. The boys however, waited to size up their latest competition.

As if in slow motion, the mystery boy cut the engine, climbed off the bike and slowly removed the helmet that concealed his face. Girls gasped and Zax and Joel’s jaw dropped as Frankie swaggered towards them with his usual ‘big man on campus’ attitude.

“Where’s the Lamborghini?” Zax was the first to ask.

“That’s played out.” Frankie motioned his friends to check out his new ride.

“I guess no more coitus in the front seat?” Joel gently caressed the bike frame as if it was his first encounter with a naked woman.

“I didn’t know you knew how to ride.” Leighann spoke next.

“Me, Zax and your boy here, used to ride dirt bikes when we were kids.” Frankie replied.

“This is certainly no dirt bike, that’s for sure.” Zax admired.

“So … are you gonna get patched in and start wearing a kutte to school now?” Joel jabbed.

“Who wants to go for a ride?” Frankie ignored Joel and looked at Kristin, who quickly averted her eyes from him. “Leighann?” He smiled.

“I don’t know Frankie, I don’t even know how to ride a bicycle.” Leighann replied.

“Hold on tight.” Frankie handed her an extra helmet and straddled the bike. Leighann followed as the engine roared to life. Within seconds they were off.

At first, she closed her eyes as the openness and speed scared and thrilled her all at the same time.

“You wanna ease up there sweetheart, you’re cutting off my circulation.”

“Sorry!” She shouted back and loosened the death grip from around his waist.

“Speak normal, there’s a mic in the helmet.”

Frankie zoomed and zipped through the parking lot, down a couple of streets and into the neighborhood. When he delivered her safely back to where they started, Leighann’s legs shook so much that Joel had to hold her up.

He carefully removed the helmet, “You okay?”

“That was so much fun!” Leighann beamed.

Frankie tossed the helmet at Kristin and she reluctantly put it on and straddled the seat behind him. She blew a kiss to Zax and they headed off.

“You can hold me tighter you know, I’m not gonna bite. But then again, you like my bites.” Frankie teased and he felt her arms tighten around his waist.

“Sometimes I think you want Zax to find out about us. I’m not gonna leave him for you, you know.”

“I never asked you to. You’re the one who act all shifty when I’m around. You can’t avoid me, Kristin … at least not while you’re with Zax, and even then … you can’t get the thought of me between your legs out of your mind.” Frankie could feel her body edge closer to his. “What’s that? Oh, Frankie stop! You’re an asshole.” He mimicked in a girl’s voice.

“This is a nice ride.” Kristin tried to change the subject.

“Why don’t you come by my place after school and I’ll give you an even nicer ride.”

“You really don’t respect my relationship.”

Frankie pulled back into the parking lot, “You ain’t exactly put the US in trust when it comes to you and Zax.”

“You’re an asshole.” She quickly got off the bike, ripped the helmet off her head and thrusted it towards Frankie’s stomach.

“How was it?” Zax put his arm around her.

The crowd, ooed in unison.

“My cousin has a Harley.” She spat.

“Did you know uncle-scary has a guard outside Adriana’s room? What’s going on Zax?”

“He did what? When did that happen?”

“I dunno, when I got here this morning the guard wasn’t there, but when I was ready to leave, he hassled me. It’s freaking her out!”

“Is it Adriana?” Leighann asked quickly.

“No, my uncle is terrorizing people.”

“I’ll give you a ride.” Frankie volunteered.

“I’m not getting on that thing with you.”

“Come on! How else are you supposed to get through LA traffic and be back here for first bell?”

Zax looked to the group and Joel nodded in agreement with Frankie. Zax took the helmet, quickly planted a kiss on Kristin’s lips and straddled the bike. “This is so gay.”

“You know you’ve never had this much power between your legs, I don’t care how big your dick is.” Frankie teased and roared the bike to life. Zax held on to the back of the passenger seat and off they went.

Look for Episode 7 on September 14. Missed Episode 1? Read it now. 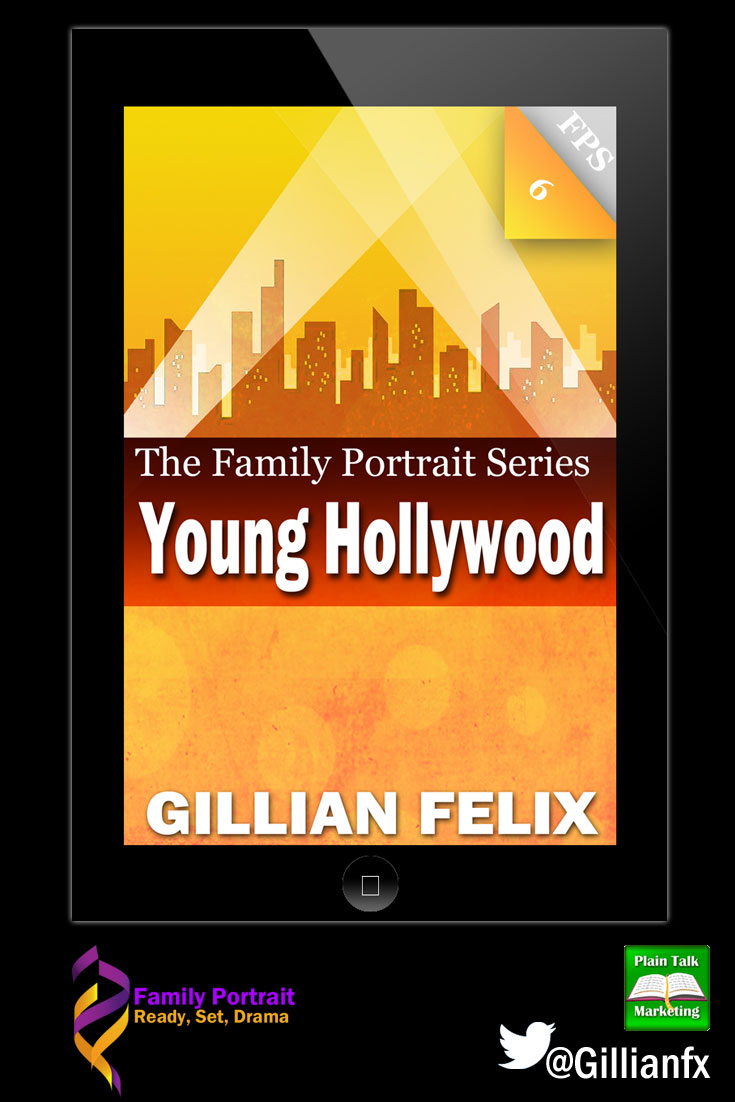 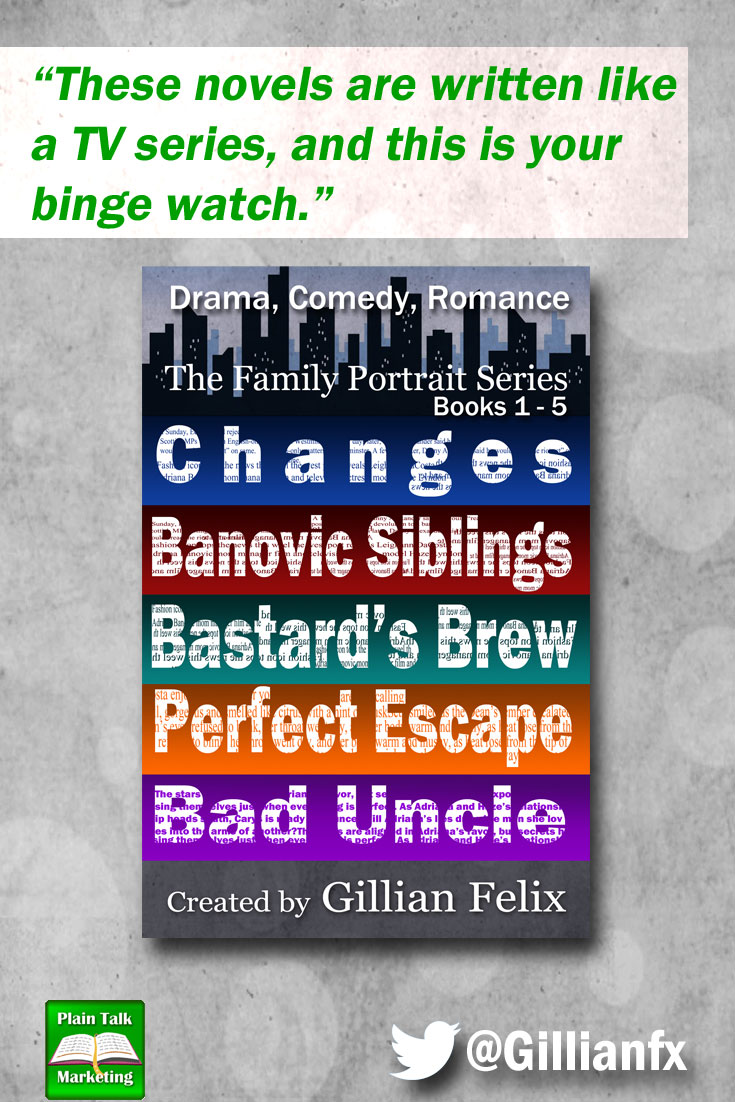